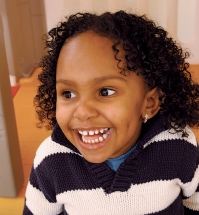 As we begin the year’s fourth month—a thirty-day stretch chock full of important and memorable dates in history, special holidays and heroic events—recall that it was the Romans who gave us the appropriate name, April, from the Latin aperire, “to open.”

Hopefully, it won’t be long until trees and flowers begin to open all through our communities after a very cold and wet spring.

At the West Cook YMCA, our openings in the coming days will focus first on our Spring Session that begins mid-month in April. More than 100 different programs are offered each week for members of all ages—youth, young adults, singles, families and seniors—all designed to build, maintain and enjoy healthy lifestyles.

Then, there are the plans underway for Healthy Kids Day on Saturday, May 9, scheduled this year at Living Word Christian Center in Forest Park.

Like similar events at some 1,300 YMCAs across the USA, this will be a free event where children and their families can come together to enjoy games, workshops, demonstrations and exhibits all designed in a fun mode to capture the interest of young people and encourage them to participate in an active lifestyle all year long.

Another important opening is advance registration for our 2015 Camp Magellan, an 11-week program, June 8 through August 21, for youth from kindergarten age through 17 years old offered five days a week from 9 a.m. to 4 p.m. The program is supplemented with an optional Extended Day program before and after summer camp from 7 a.m. to 9 a.m. and from 4 p.m. to 7 p.m. in the main West Cook YMCA building.

Register for Camp before April 30 and save 10% on the camp fee.

At each age appropriate Camp Magellan session, swimming, games and field trips will frame each day as will new experiences, new friends and new ways to see the world.

West Cook YMCA campers often will be outdoors in local forest preserves where they will be encouraged to develop a love and understanding of nature.

Campers will be offered many different opportunities, such as problem-solving, ways to overcome obstacles, and an environment based on effort not just success.

And, time is built into Magellan Camp for daily reading so children at all levels won’t fall behind over the summer which will give them a great start for the next school year.

Magellan campers will have the same opportunity I had as a West Cook YMCA camper, “to learn something about people who don’t look like you.”

Our campers will be offered a life lesson more valuable than learning a new sport or exercise—getting to know kids from different cultures and backgrounds and experiencing first- hand the diversity of our community.

Find the link to Summer Camp information and a registration form here.

Another important opening will come when school is dismissed and the Fred Hampton Family Aquatic Center in Maywood will open to the all in the community.

Again this year, the West Cook YMCA, in cooperation with the Village of Maywood, will operate and staff the Aquatic Center where the important lifelong skill of swimming will be taught to young people and adults. In addition to open swim periods and lessons, the pool will be open to sponsored renal outings and special events.

During the summer of 2014, we experienced a 43% increase in usage of the pool over the previous year and conducted more than 500 swimming lessons.

Find information here on the Fred Hampton Family Aquatic Center pass fees and locations where they may be purchased.

After an 11-year career at the West Cook YMCA in both the membership and health and wellness departments, Jill resigned to move her family to Memphis where her husband, Roberto Levi-D’Ancona, M.D., has accepted a position as an Associate Professor of Obstetrics and Gynecology at the University of Tennessee.

Jill’s outstanding performance and willingness to manage new programs and projects was inspiring to other Y staff members.

Krystle joins us with a background of service at the Fry Family YMCA and Y Sports Complex of Metro Chicago in Naperville and the YMCA of Southwestern Indiana, Evansville where she served on the Membership and Services team of those two organizations.

Earlier in her career, Krystle was a member of the Evansville Y’s Child Care Department.

Before beginning her YMCA career, Krystle was on the faculty of North Posey Junior High School, Poseyville, Indiana for six years where she taught physical education, mathematics and served as athletic director, volleyball and track and field coach.

Krystle is certified by the American Aerobic and Fitness Association in Primary Group Exercise and Kickboxing and in Personal Training. During her teaching career, she was licensed by the Indiana High School Athletic Association as a volleyball official.

Mark is an Oak Park and River Forest High School graduate where he was the recipient of the Gerald L. Greer History scholarship for prospective teachers.

Mark comes to us after seven years on the staff of YMCA Camp Pendalouan in Montague, Michigan, a year-round facility north of Muskegon, Michigan.

In his first two years, Mark was Teen Program Director of the camp. Subsequently, he served two years as the Summer Camp’s Program Director, with responsibility for planning, organizing and executing activities for some 2,000 campers each season.

During the past four years, Mark has been the Camp’s Alumni and Development Director, where he managed fundraising campaigns, wrote grants, and developed community partnerships. He also took a lead role in marketing the Camp to members and prospective members, resulting in significant growth during his tenure.

As an Oak Park resident, Mark is continuing his family’s tradition of service to the local community by working for a not for profit organization as his mother, Judy Bradeen, has with the OPRF Infant Welfare Society’s Children’s Clinic, the OPRF Day Nursery and Sarah’s Inn over the past twenty five years.

So, savor the sights and sounds of spring, a season of new openings and new beginnings.